At seven o’clock on a sunny and warm evening I am sitting on a plastic chair on a rugby pitch in South Wales. I am wearing a fascinator with a couple of coca cola cans perched on it and the man sitting next to me is wearing a fake glass of water on his head. We’re watching a brass band play. It’s all right though, I’ve got a glass of red wine in my hand, even if I have to move my veil every time I want to take a sip. Just behind the band there’s a little girl, perhaps five or six, long blond hair flying as she whirls in happy pirouettes across the grass, she’s not dancing like no one is looking, she knows fine she can be seen, she’s dancing like she doesn’t care, and that is so much better. When the band segue into 500 miles, she decides to express herself with a crawl, punctuated by what looks to me like cobra pose coming up into something like down dog.  Whatever she is doing it looks more fun than either my hat or my red wine, but I can’t really join in, I’m not wearing the right clothes, and besides this dodgy knee would prevent the crawling.

Beyond the chain link fence at the edge of the field a man in a hoody is taking his Jack Russell for a walk. The dog stops to lift its leg against the white washed building opposite, then it squats. The man stops, hands in pockets before bending down, I assume to do the poo pick, but I can’t really tell from this distance. The band is now playing Delilah (old Tom is from just up the road) and the audience is singing along to the bits they know; mainly this is ‘Oh, oh, oh Delilah’. Either side of us the hills rise sharp above the sides of the valley, trapping the low hum of the road in the background; behind me there is a mutter of conversation amongst people meeting and greeting and generally milling about.

Occasionally there is longer between pieces, muttered debates between the band leader and the players, but mostly it is a slick and virtuoso performance, this is a band that wins serious competitions, even though they don’t really go in for them. This evening though, they all seem to be wearing funny hats. I’m puzzled, I shouldn’t feel relaxed, calm and peaceful, but I am. I’ve known this area quite a while though I don’t come here often, I don’t know most of the people at this event but nevertheless I can feel muscles in my neck and shoulders slowly and gently unspinning knots, detangling themselves from their obsessive connection with my unconscious mind. In short, despite the noise of the band and the activity around me, I am winding down like an exhausted clockwork toy. I don’t know what’s going to happen for the next few hours, someone has already decided that for me, I let my busy mind float off, it’ll find me again soon enough.

Not one path must change
They must all lead here

What makes a storyteller? At what point do we say, this person or that, is a storyteller?
Success, renown, earning a living through story telling? I don’t think so, I know many talented storytellers to whom this doesn’t (yet) apply, they are, nevertheless, storytellers whether they work in prose or poetry.
Recently I realised to what extent I had been raised by a storyteller. I didn’t come to this through an appreciation of his unpublished novels; nor through reading his screenplays or viewing the fiction films he made as an amateur cinematographer; I’ve realised this through viewing the family films, the weddings, the beaches, the romantic trip to Paris with my Mother a year after they were married.
I had a choice to make on the family films, leave them as they were on eight and 16mm, and confine myself to viewing them using the projector we managed to find a couple of years ago, or invest in getting them digitised. I knew I’d made the right choice when the chap who was doing the transfer rang me to say how amazed he was at the quality of the films, how much effort my Dad had made editing the films and adding very rare sound tracks.
But that was not what made me understand that my Father was a storyteller.
It is in the preservation of every single film he ever made, an arc of amateur cinematography that spanned 55 years, from his first roll of film in the 8mm camera I still own today. That first film, practicing with his new camera in the garden of his aunt’s house in Hornsey, filming Anne and her black and white cat in the daylight, then the interior shots, dim and indistinct, an amateur’s first steps, recording the mundane routine of washing up.
It is in the film of my Godmother’s wedding, early seventies, a nervous giggling bride leaving the house with her proud Dad, after the ceremony outside the church whilst the photos are done, the couple leaving in the car, the guests walking away to the reception. The final shot, his wife and child, last in line, walking away from camera, smartly turned out in wedding best.
It is in the shape of every single holiday film, not for Dad a simple record, but always a story, always a beginning, a middle, and an end. Though not necessarily in that order. It is in the use of the theme song from Laurence of Arabia played as a small child runs across a wide sweep of sandy beach.
It is in my Mother’s walk for camera when she was first his wife, obviously told to saunter, stroll, be casual; she slinks, slides, sways across the shot, left to right, right to left, towards the camera with a nervous smile, away from the camera, stopping to look back, over her shoulder, a more secret smile this time. Acting the siren for her director she moves sinuously across the screen illustrating scenes of Paris, of Sorrento, of gardens and palaces.
It is in the massive game of hide and seek played to camera in a mostly empty and echoing Montenegro hotel back when Tito and his Yugoslavia were both still alive. It is in the filmmaker’s determination to get the right shot for his holiday movie, come what may. Alpine meadows faked in the Sussex countryside, scrambling in the Austrian alps represented by southern sandstone, interior shots of palaces, churches and museums completed using postcards when cameras weren’t allowed.
His fiction films are in the Screen Archive South East but it is those family films, those precious, and in many instances previously unknown to me gems that show me his storytelling. He couldn’t let it go, simply record, there had to be structure, there had to be narrative, beyond what was real. It is in the twist, the edit, the intentionally staged, the direction of movement, a soundtrack moment. Reality was never quite enough, he had to impose a different narrative.
He was a storyteller, I know that now.

He walked, he hiked, he rambled. He trod the streets of a divided Berlin before the wall, he climbed mountains in Poland and Hungary under communism, he learnt to use crampons in the mountains of Austria. High hill and lonely dale, riverside and cliff top he trudged alone or with others. He trod the corridors and spaces of museums and galleries, high forts and grand chateaux, lonely monasteries and wide gardens.
He walked to work, to clubs and societies, to committee meetings, to the bus stop, to the station.
He needed to walk, a day wasn’t any good unless he’d put one foot in front of the other, stretched his legs, walked around the block. Walking was a drug to him, a habit he cultivated, an addiction he stoked with long hours pouring over ordnance survey maps plotting his next move. He slept with his maps on one side and his wife on the other, wedged between domesticity and escape.
He always knew where he was, perfectly positioned in the points of a compass, sure of his next step but always interested in the next meandering path. No walk was quite far enough, another mile, another footpath necessary to get the fix. He took glee in pushing boundaries whether those of landowners or of countries, high mountain passes are rarely marked by security points. He walked the paths of his homeland whether bleak moors, forbidding peaks, rolling down land or the woodland country of the High Weald. He drifted in bliss through bluebell woods in the spring.
He was never in a hurry, though he maintained a respectable pace. Later, he started to wind down like a piece of clockwork with worn springs. At first, a little slower, an imperceptible easing then slower still. He missed busses and trains because familiar walks took longer, he called taxis to take him home whose drivers grumbled about dirty boots on clean carpets. He returned with muddy trousers after falling in the middle of a field. His wife worried, but he still needed his hit. He walked more often on suburban streets but couldn’t give up the fields and woodland.
He slowed still more, he took twice the time to walk than he used to. He walked earlier to gain the daylight, by now he was no longer confident walking at dusk. He lumbered, a shuffling difficult gait, though in his mind he still strode out as he used to, just slower somehow, age and disease greater obstacles than stiles and barbed wire.
Eventually in the evenings he would spread his maps like tablecloths and studying them would pass gently into sleep, nodding over hill and dale, travelling the contour lines of his dreams.

In my heart he walks on, treading woodland paths forever.

A year ago my Dad passed away. I miss him, mourn him, still love the often awkward, definitely eccentric but affectionate man that raised me. But his passing changed my life. It gave me the courage to walk through a door, already open to me, but requiring courage. At last I took the step and won a place on a Masters in Creative Writing. In answer to the question “What would you do if you knew you couldn’t fail?” I would now be able to say “Exactly what I am doing now”. Which is good, right? Not that I feel that confident. I’m not new to writing, I’ve done that lots through a number of jobs, but this is the first time I’m writing creatively.

But it is no good studying to write but only sharing what you write within the safe, warm and reassuring pod of your fellow students and supportive tutors. It is imperative to share wider than that, to take the plunge, jump off the top board and let others see your work. So that’s what this blog is here for, to share, to get feedback. The big scary.

In starting here and now, a year after we lost Dad, the first two pieces I’ll post are about him.

Thank you for visiting. I hope you enjoy the writing here which is all my own, unless I quote someone else, in which case I’ll say so.

If you have any comments or criticism, please use the Contact form.

“Two roads diverged in a wood, and I—
I took the one less traveled by,
And that has made all the difference.” 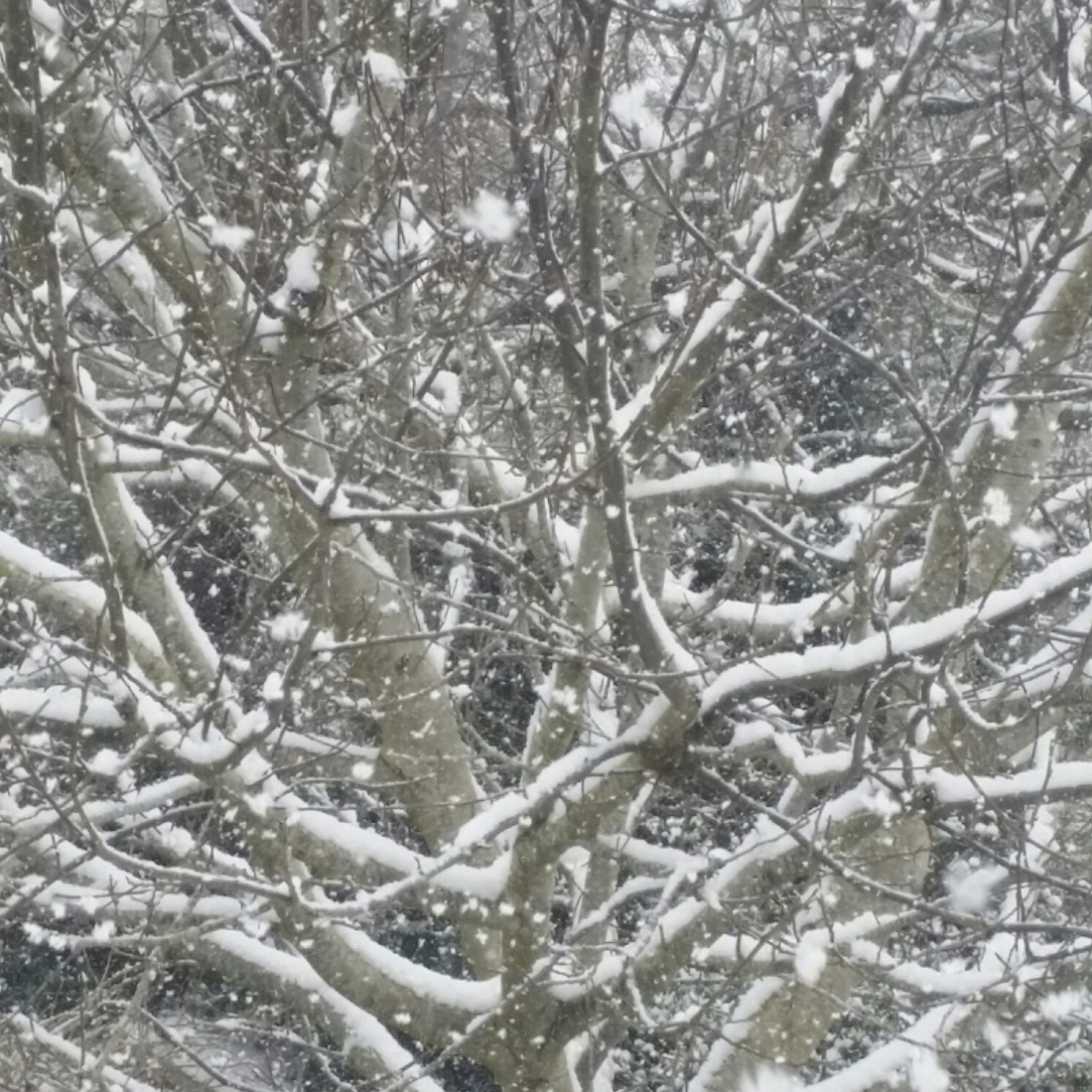